Legends? Krays played at being gangsters

Twins ‘myth’ is shot down by gangland foe Eddie Richardson

THE KRAYS ‘Legend,’ due to be immortalised on the silver screen this autumn, is today shot down in flames by one of the twins’ former rivals.

Eddie Richardson – part of the notorious Richardson gang – describes Ronnie and Reggie Kray as “small time” fantasists who played at being gangsters, and says: “They were not in our league.”

In an exclusive chat with The Sun, Richardson also reveals the twins “were like lost sheep in prison,” adding: “We never even considered them to be rivals.

“They were small-timers who just loved playing up to their image of being gangsters. They were not hard enough to take us on until we were all banged up. 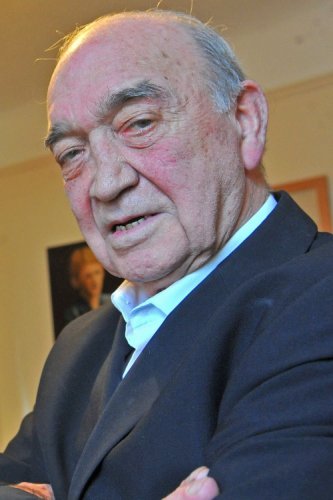 “The Krays had watched too many American gangster films. They wanted to be like Al Capone, but they didn’t have the brains to do anything major league.

“It amazes how much interest there still is in them

“There are some people who want to keep the whole Kray thing alive and can’t let it go.

“The truth is the Kray twins just wanted to play at being gangsters. It was all about acting out an image for them.

“There was nothing glamorous about it – and by no stretch of the imagination were they ever legends.”

The keenly awaited movie Legend, in which Tom Hardy plays the part of both Kray twins, is due to be released in September.

It is based on John Pearson’s seminal crime book The Professionals of Violence and focuses on how Reggie tried to keep his psychopathic brother Ronnie’s murderous rages under control.

Eddie, a one-time rackateer who used the infamous “Mad” Frankie Fraser as his enforcer, continued: “There was no war between us, that was just a myth. The truth is they didn’t fancy us at all.

“The Krays didn’t dare take us on until we were all under lock and key — then they started taking liberties.”

Richardson, who has served more than 23 years behind bars, said: “The Krays had a reputation as known faces. We had a meeting with them on one occasion in the early 60’s at a pub on the Walworth Road.

“They wanted to introduce themselves. It was perfectly amiable but meant nothing to us and was of no value.”

As well as the family scrap yard, Eddie ran a thriving fruit machine and security business, Atlantic Machines, while older brother Charlie Richardson went into the mining business in South Africa, though eventually lost a fortune there. 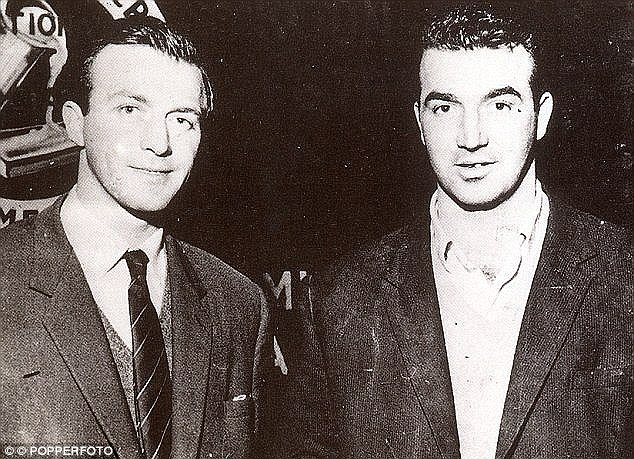 Eddie says: “We were businessmen and made money legally. The Krays didn’t have a clue how to make a few bob.

“They had a collection of runners who used to deliver cash to them from villainy but they had no idea how to earn it themselves.

“One scam business we had going were film clubs showing blue movies in Soho. It took us time to establish ourselves and then we got a message that the Krays wanted to set up something similar.

“We were not having it and politely, but firmly, let them know so. They never ventured any further with it but I did hear later that Ronnie was aggravated by it and that was one of the reasons why he shot George Cornell.”

The shooting of Richardson gang member George on March 9, 1966, came the night after a fatal gang fight between the Richardson gang and another South London mob at the bizarrely named club Mr Smith’s and the Witchdoctor, in Catford, South East London.

Eddie says: “We were all in hospital under arrest and Charlie was in South Africa when Ronnie Kray killed George. The coast was clear for him.

“Until then, the Krays had never had the bottle to make a move against us. George used to work for my brother Charlie and had grown up in the East End with the twins.

“He knew them better than anyone and would give them a bit of stick if he ever saw them and call Ronnie a fat poof.

“If they were ever going to do anything against us, then George would be the one they would go after.”

On July 30 that year, the day England won the World Cup, the Richardson gang were rounded up during mass police raids.

The following year their so-called Torture Trial generated massive headlines as a succession of long firm fraudsters who had crossed the gang gave lurid evidence over how they were beaten, had teeth ripped out by pliers and were electrocuted with an old army black box generator.

Charlie Richardson was jailed for 25 years after being convicted of found guilty of fraud, extortion, assault and grievous bodily harm. Brother Eddie was given 10 years, on top of five he was sentenced to for affray over the Mr Smith’s nightclub fight.

The murder of Cornell also spelled the end for the Krays as police set about knocking down the East End wall of silence and persuading witnesses to give evidence.

The twins, then aged 34, were arrested at their mother’s home in Vallance Road, Bethnal Green, on May 8 1968.

The following year at the Old Bailey Ronnie Kray was convicted of the murders of George Cornell and Jack “The Hat” McVitie. Reggie was also found guilty of stabbing the latter to death and the twins were given life sentences with a recommendation of serving a minimum 30 years.

Eddie says: “Jack ‘The Hat’ was just a low-level thief with a big mouth. It was a terrible liberty to kill him and totally unnecessary.

“The Krays took another liberty by having Frank Mitchell killed after springing him from prison.

“They got away with that one but when I saw Reggie in the special secure unit at Parkhurst Prison (Isle of Wight) a while after he was convicted I told him that killing Mitchell was a liberty.

“Tears came into his eyes and he said: ‘I never wanted it done.’ He never said any more and I guess it must have been his brother who ordered it.”

Richardson went on: “Ronnie was in the hospital wing at Parkhurst and then went to Broadmoor, leaving Reggie on his own.

“Ronnie used to have tots of very powerful medication to keep him calm. One of the guys tried half a dose once and it knocked him for six.

“I worked in the stores at the prison and the Krays would come and see me for a chat, but there was not much conversation between us.

“There was nothing legendary about them at all when they were inside. They were like lost sheep. Reggie still liked to pretend he was important, but he would never want to take me on.

“I used to get the Daily Telegraph in there and Reggie used to get The Times. We always swapped papers but the pages in his were always stuck together and it was obvious he didn’t read it, but just wanted to show off and impress people. That was the way it was with them.”

Richardson was eventually freed in 1977, but jailed for another 25 years in 1990 after being convicted of importing cocaine and cannabis at Winchester Crown Court.

He says: “I caught up with Reggie Kray again in the special unit at Parkhurst. He was just a body in there by then.

“My mind was always on the outside while I was inside. I wanted to expand my horizons. I started painting and realised I was good at it.

“But Reggie just immersed himself in prison culture and didn’t look beyond four walls. That was it for him.

“He and Ronnie were like two dummies. They didn’t make use of their time and it was like they gave up on life.

“They were nice, polite people in there. They were not bullies and I never heard of them losing a day’s remission in there. But that tells you something about their attitude. They were beaten men.

“During my first stretch I lost 450 days remission for the Durham Mutiny and an escape attempt at Leicester.”

Reggie Kray passed away from cancer in October 2000, several weeks after he was freed on compassionate grounds and five and a half years after his brother Ronnie died in Broadmoor.

Six months before Reggie’s death, their older brother Charlie passed away in hospital on the Isle of Wight, where he was serving 12 years at Parkhurst for a drug plot.

Richardson says: “I was in Whitemoor with Charlie Kray during my second stretch. He was a decent bloke and had been fitted up by the police, but he never did anything about it.”

Richardson adds: “I always used to get a Christmas card from Reggie and I would send one to him, wherever we were at the time.

“I dare say some people who like to play up the Richardson and Kray gang war thing would be surprised by that.”

1950 - appeared at the Old Bailey for assault but the case was dismissed for lack of evidence.

1956 - jailed for 3 years for assaulting Terence Martin in a gang-related incident.

1967 - held Jack “The Hat” McVitie down while his brother repeatedly stabbed him. His body was never recovered.

1968 - twins were arrested and found guilty of McVitie’s murder, after a 39-day trial at the Old Bailey. Both were sentenced to life imprisonment.

1995 - died in hospital after collapsing at Broadmoor

1960 - imprisoned for 18 months for protection-related threats.

1967 - stabbed Jack “The Hat” McVitie while his brother held him down. Body was never recovered.

1968 - twins are arrested and found guilty of McVitie’s murder. Both got life imprisonment.

2000 - diagnosed with cancer. Died in his sleep in hotel after release on compassionate grounds.

1966 - after a gun battle in a nightclub called Mr Smith’s, Eddie was shot in the backside and taken to hospital. On his release, he was found guilty of affray and sentenced to five years in prison.

1967 - sentenced to ten more years at the so-called Torture Trial – after victims claimed to have had hot scampi shoved in their eyes, teeth ripped out with pliers and electric shocks passed through their genitals. The brothers always denied these allegations.

1957 - arrested for receiving stolen goods on two occasions but acquitted for lack of evidence.

1959 - arrested again for receiving stolen goods but acquitted for lack of evidence.

1967 - following the Torture Trial, he was convicted of fraud, extortion, assault and GBH, sentenced to 25 years and ordered to pay £20,000 court fees.

1980 - absconded from prison and fled to France but was eventually re-arrested a year later.

This article was written by The Sun Crime Editor MIKE SULLIVAN - 19th June 2015.