“ I grew up in the back streets of South London, and I left school with hardly any education. Unlike some of Prince Charles’s friends, I never had a lot of avenues open to me. Yet I have travelled, I have eaten in some of the best restaurants in the world, I’ve met people from all walks of life and held my own with all of them. For a South London lad, I can’t complain, can I?”
During the 1960’s, gangland boss brothers Eddie and Charlie Richardson struck fear into the hearts of Londoners.  Brought up in Camberwell, South London was the hub of their criminal empire.  That empire may have crumbled but the Richardsons remain.  Zoe Walker talks to Eddie...........
What do you do when you’re about to meet with someone who has been at the heart of one of the most notorious gangland outfits of the past century?
Someone who has been involved in maiming, torturing and beating people, extorting money, dealing in pornography, and committing fraud and conspiracy to import drugs?
Someone who has made no bones about breaking the law and spent 23 years of his life (consisting of an 11 year and 12 year stretch) as a double A category prisoner in some of Britain’s most notorious jails and institutions?
Well, you worry a bit.  And then you get on and ask him what your want to know. Luckily, Eddie Richardson’s not the sort of person to shy away from straight answers.
“You don’t have to worry about what you ask me” he starts off when we meet.
“I have been asked everything – don’t worry”.
Richardson, now 69, was born in Camberwell in January 1936, the second of four children. His Gran ran a shop and his mum helped out
“It was a world where women ran everything” Richardson says. 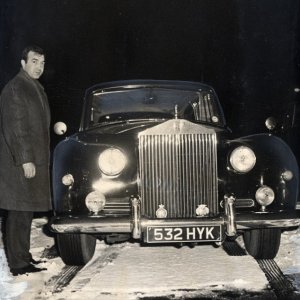 “I grew up in the back streets of South London, and I left school with hardly any education. Unlike some of Prince Charles’s friends, I never had a lot of avenues open to me. Yet I have travelled, I have eaten in some of the best restaurants in the world, I’ve met people from all walks of life and held my own with all of them. For a South London lad, I can’t complain, can I?”

The family lived first at Wren Road in Camberwell, then moved to a flat in Wyndham Road when the Second World War broke out.  Later they moved to champion Hill and when Eddie got married he moved to Sidcup. When they were older Eddie and his elder brother (and partner in crime) Charlie would hang around boxing clubs like the Fitzroy club on the Walworth road or go to the Locarno, later named The Cat’s Whiskers (and now Caesar’s) in Streatham.  From the Elephant & Castle to Eltham and Greenwich, where Eddie bought a scrap yard called KWP Metals when he was released after his first stretch in prison, there was nowhere in South London the Richardson's hadn’t been or that wasn’t their patch.
In fact the brothers started out in the scrap metal business.  Their induction into crime proper came when they started running “long firms” on the side – a type of fraud that involves setting up a business, giving it a good name, paying for goods up front to earn the trust of suppliers and banks so that credit is easily available, and then stinging the bank and suppliers at the same time.
Later on the Richardson's ran a string of clubs from the Cavern in Lordship Lane, Dulwich, to the Orange Club in Walworth Road and The Shirley Anne in New Cross.
At the peak of their empire they were a formidable force with henchmen like “mad” Frankie Fraser only too willing to do their bidding.“Today, I would not like to meet the likes of me as I was then” says Richardson in his recently published autobiography, The Last Word: My Life As A Gangland Boss.  These days he has mended his ways.  He lives an unassuming life in Beckenham, the place where his mother lived out her last years and the location he headed when he was finally let out of prison on parole in 2001 at the age of 65.

At the height of his notoriety Eddie Richardson mixed with the stars. 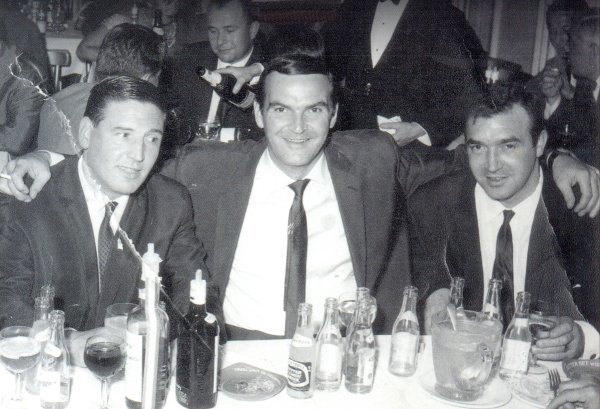 This article was written by Zoe Walker and was published in The South London Press on 25th November 2005.